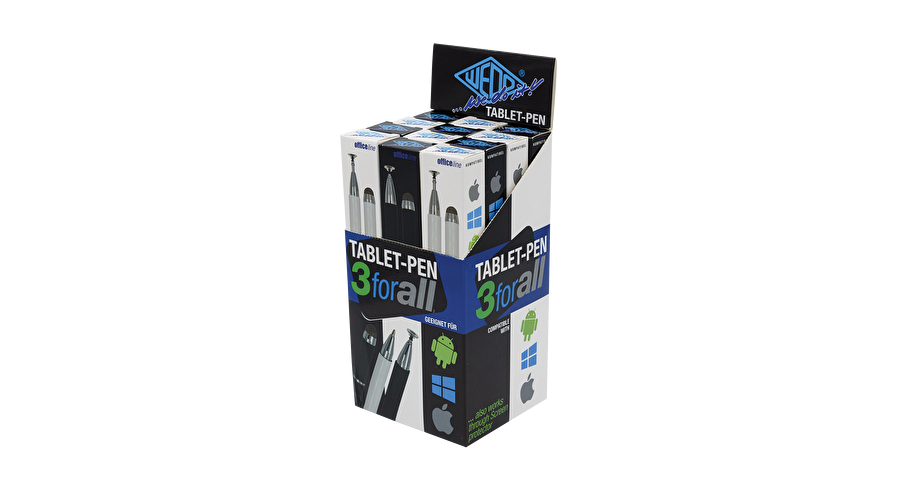 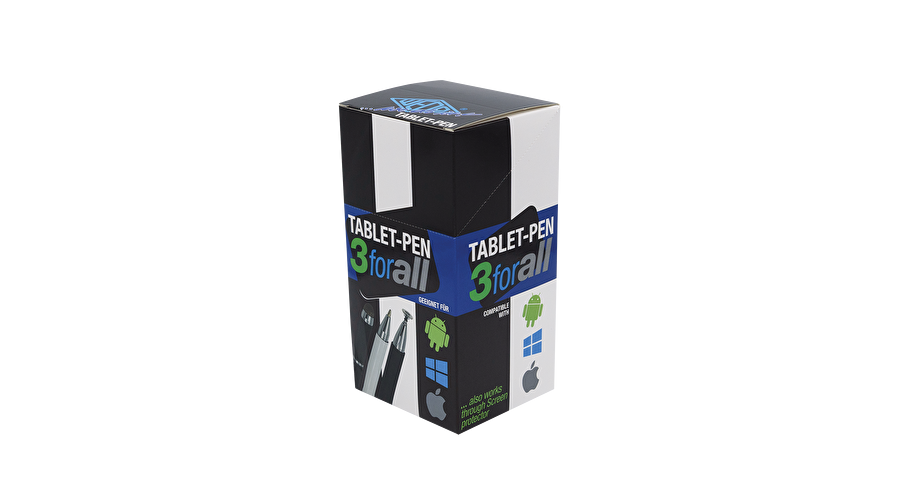 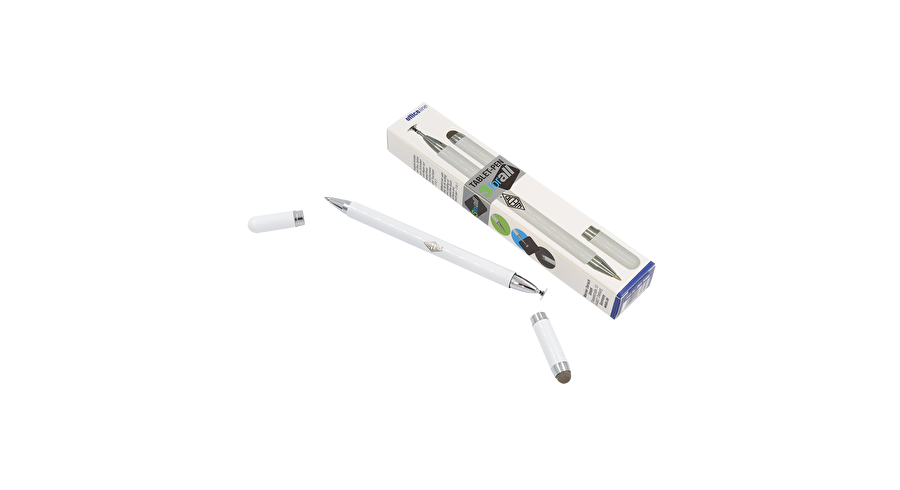 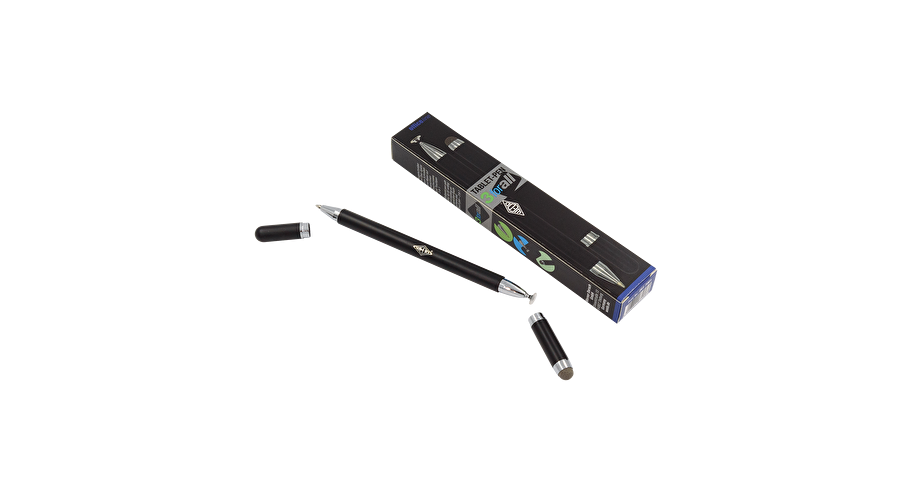 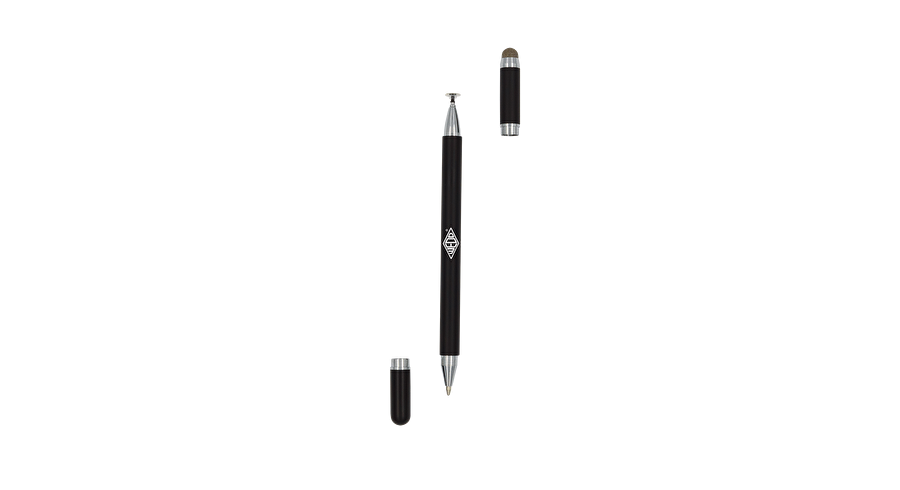 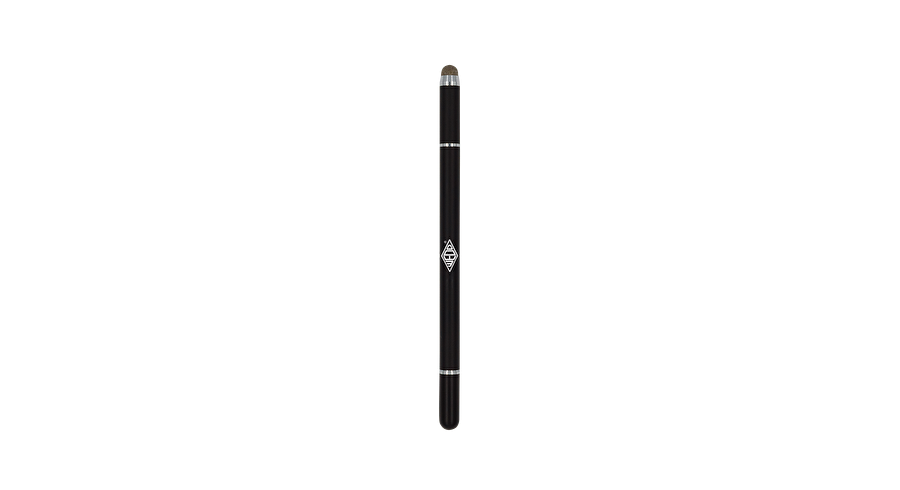 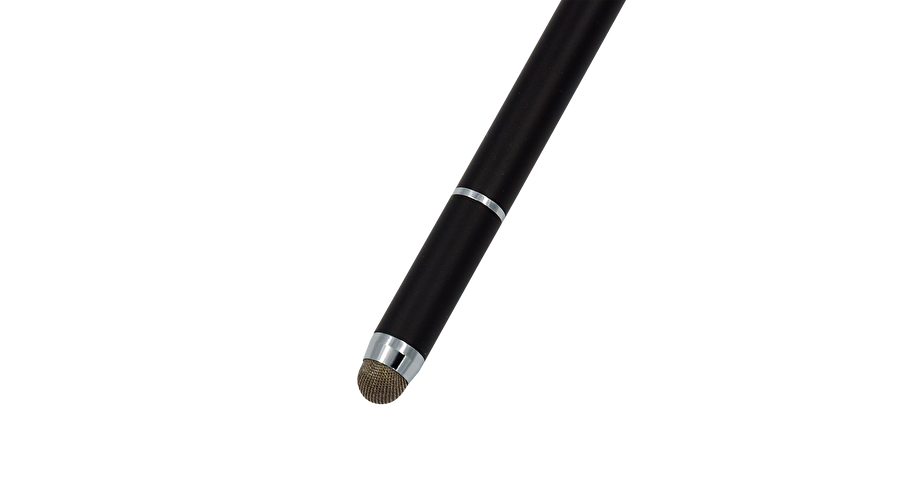 WEDO® Tablet Pens 3 for all

WEDO® Touch Pen “Universal 3 in 1“. The tablet pen 3-for-all is a multi purpose pen. On one side it’s a ballpoint pen and on the other side a tablet pen, compatible with iPads, iPhones, Kindles, Android tablets, smartphones and other touch screens with capacitive displays. The third application is the touch tip on one of the two magnetic covers. Instructions for use: Remember not to put your palm on the screen when using the disc pen as a tablet pen, otherwise the signal from the pen will not be recognized by the touch screen. The tablet pen normally does not scratch the touch screen, but we recommend using a screen protector. If the disc tip is damaged, it can be exchanged with a spare tip, ref.-no. 261 7070. Supplied in an attractive counter display with 12 touch pens (each 6 pcs. black and white).